In addition to the original mission scope below the entire blog is now being adjusted to accommodate two very, very, very distinct discoveries, and the additional,  likewise, importance of what is entailed in this blog now operates within the realistic realm of Israeli – Jewish consensus. 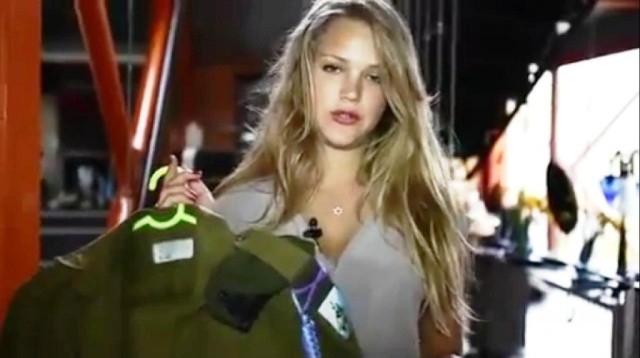 With the additional inclusion of Women in The Israeli Defense Forces the final act of Women’s Rights to Consent has been finalized within the full citizen identity scope of The Jewish State of Israel. This and the impact upon on all other women within Israel has precipitated in successful population increased in birth rates frequencies of both NOW secular and spiritual sectors of mainly Jewish Israelis while the Arabs  in The West Bank are now in decline [ decline attributed to the PA abuse controls impacted by The Oslo Accords ].

Israeli Women IDF, and Veterans are NOW Self – Consenting to defend their children at home.

What has changed is that there now exist — or what has now become to be apparent to the Male Israeli Infra – Culture —  among the secularist women there is a growing instinctual innate and often silent private confrontation with threats of Radical Islamic inspired Internationally calls for extinctions of World Jewry triggering a practical resistance by births. Thus their immediate drive for inclusions into self – preparations need to apply for better paying jobs — which within the Israeli Private sector is linked to experiences as a member of the IDF — in which to allow them to have the economic basis of larger family structures to appear.  The additional challenges are likewise impacted upon the same secularists from those Orthodox women whose spiritual mission has likewise made a further commitment to produce – linked to those who are settlers in The West Bank. Is Israel to be more seculars, or religious are , also, part of their consenting choices

Unknown, especially among the Rabbinate, is that Jewish women can see the distinct connections between personal subservience to acceptance finding, and marginalization within Non – Jewish societies as a human being for being Jewish to the ends of such unhuman impositions to genocide of the Jewish Peoples.

The child  to be raised to be strong, healthy, alive, with full personal convictions of personal values to be loving, giving, warm to all others in order to be able to defend their personal individual more Jewish – centric rights – central to their self – determination to be Jewish and Israeli is the emerging, and as  yet,  nationally undefined, ethos of being an Israeli individually.  That this is the Jewish parents totality final resistance answer to not only the Holocaust, but now a further resistance to any other calls, threats, or real, for the genocide of the Jewish Peoples. That as Israelis in the firm commitment of all their Jewish heritage must attack their enemies first.  Thereafter the defeat of such  enemies further must represent their core Jewish values not to immolate the methods of those who have sought their destruction, but to bring about their leadership political downfall, and destruction within full view of their own societies – to have their very own societies hang, execute them, and put them away as they are immediately convicted as to have harm those , themselves, who they have led to such hatred of  Jewish Israel.

There is no one alive either within Israel, or outside Israel who can define who Israel is.

The Jewish State of Israel in the definition of who is a Jew in its Aliyah programs has allowed entries of extremely divergent, yet, with a hopeful central committed to the Thirteen Principles of Jewish Faith,  Jewish spiritual communities and cultures, and a noted larger secular communities largely from Russia.

Thus Israel is in an ever dynamic throes of absorbing each member of these new mass arrivals, who are constantly being allowed entry,  Aliyah,  from which each and every other Israeli, both Jewish and Non Jewish all have been affected. Thus each and every other Israeli social and cultural groups have had to adjust to such additions within their social, and cultural organizations who are successful are doing so. The additional Israeli reality in this feature of how to adjust is as a needed result of opening up more coalitions of interests to accommodate new entries in order to become themselves more politically secured necessary to maintain their financial budgets.

Presently there are only two unifying elements are:

1     Those who are developing young adults, their personal behaviors which are modified in the Israeli Defense Forces’ carefully developed and ever constantly additional training of new recruit’s military related behavioral skill sets. What emerges is the IDF Cultural developed Internationally Famed Unit Cohesion in order to operate as a coordinate team to lower the risk of the death of any one member of that team, or any physical injury battle wounds.

2.     The single importance of The Thirteen Principles of Jewish Faith is the single item which has been singular and silently recognized by all Israelis.   There is now a popular consensus within Israeli societies that in as much as most Israeli desires something known within Israeli societies as Marriage Rights ( To allow Mixed Ethnic marriage with Israel itself. ), their values of Jewish family development is more important,  for now, as its institutionalization within Israel itself is the formalized Jewish marriage. This was and as must be pointed out is  not a factor which is attributed to head Rabbinate of Israel, but to only one Rav, Rav  HaCohen Kook – for his love of everyone living and settling within Israel which laid the authority principle foundation Jewish State’s recognized Rabbinical Courts and their further adjudications of controls over marriage licensing and ceremonies.

What these two elements are, are within themselves are demanding more privacy among those Israeli who are mostly born within Israel than to those who are new arrivals. Thus adding to a mystery consensus which prohibits Israeli politicians to discover. The further results of such privacy, politically, has thus creating underlining uncertainties within Israeli political societies themselves. Thus Israel has had what one call a Jewish national tradition of no political party ever gaining a distinct ruling majority of both voters and seats in the Knesset.

The single distraction has been those of the ole hadash, new arrivals, who are unaware of the governing principles of Israeli society’s commitment of Israeli citizenship to all others who are citizens of The Jewish State of Israel must behave to each other. If they are aware, then Israeli law enforcement has had difficulties in location and awareness of such underlining  violations which have been committed except in cases in which the media has discovered.

More often than not, such violations are broadcast falsely to the outside world as having a direct connection to both the Israeli government, authorities, or attributed to the Israeli Peoples themselves.  The realities which are involved deals directly with the pressed central ability to produce the necessary number of Israeli police officers, and the available courts systems to match the additional population inclusions as a direct consequences of Aliyah, and not fully realizing of a whose who, who, is being absorbed,  The ability to catch up has become slower the wider the gap between the numbers of those who police and judge to the numbers of new arrivals, and the added component of higher birth rates among Jewish Israelis.

This also reflects the inability of the International Media to realize the full scope of how Israeli societies, their internal complexities, are developing and the affects of new arrivals pressing against those who must provide equal security and protections for all Israeli citizens. They instead are taking more direct attention to those who violate than to those who have been prosecuted successfully for violating those within The Jewish State of Israel.

What the ends of the two unifying elements are to bring about is unknown as the uncertainties involves in what the final objective end will be is in some realm of total privacy.c

The suspicion is that such privacy is due to the internal distractions within Israeli societies triggered by The Jewish State’s Aliyah dynamic. This probably knowing, at the same time, their, the native born Israelis, additional recognition of the single importance of Aliyah. Thus silence..

The only public known items of note is that Israeli society is becoming more Child Rearing Centered. The other is the immediate dread of each commanding Israeli officers who have lost members of the units they have commanded in battle when they confer with the fallen members’ families. Both are linked and the single focus is to preserve Jewish life as the Israeli mission of why it was established,

The Entry of Consensus.

Pro – Israel Facebook, Twitters and those who are their major contributors of postings and tweeting have developed.

A core of central internet community of 1, 640 posting and Facebook publishers and contributors, along with similar active commitments within Twitter .

From this core the impact they have is within their developed online friends, group memberships are involved or administered — memberships, themselves who have their own lists of friends and follows —- and follows now reaches to some 2, 460, 000 individual mostly Jewish concerned Pro – Israel supporters.

With entry to some access and acceptance from 912 of the core contributors as a contributor the element of success is keyed only by consensus of what are the basic commitments are to be Jewish, Israeli, Secularist, and Religious as they are being discovered.

The Epi – Center of all Jewish Rights is the common Jewish resistance and fight against imposed and deliberate extinction of The Jewish Peoples in all its forms. By either Murder, Covert Assimilation , or Conversion.

Israel Information Center Ithaca is the wordpress marketing  education component on Israeli’s diverse societies and governmental institutions of how public policy is developed and the various programs offered. Moreover, there will be critical issues which will be focused. IE. Arab – Israeli Reconciliations.

None the less, responsible advocates of the Jewish State of Israel must likewise take on  additional advocacy of representing Israeli diverse societies, and the priorities involved to promote Arab – Israeli Reconciliations.

If you have writings which to share email israelitikvah@aol.com  There includes your experiences in participating in an Israeli program. Those who contribute several postings will be given their own page on this blog.

One thought on “About Israel Information Center Ithaca”