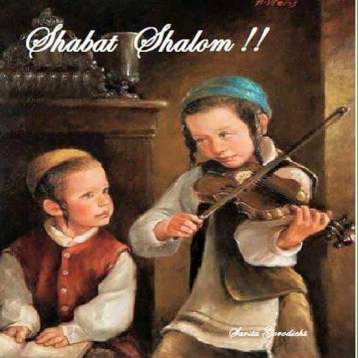 Information wanted: Please send your reports, news features, academic papers, other information feeds, and any online links you know of which covers Child Rearing in the Jewish State of Israel. The information provided will be used in seminars and other events which supports the following:
” The Jewish Citizens of the The Jewish State of Israel have made several historic positive steps forward their creation of the Israeli Civilization which has proved that Jewish Traditions are not only those of the past, but are more importantly for those [ i.e. serving in the Israeli Defense Forces ] evolving futures to come.
The Centrality of which is:
The single resolve of the Jewish Peoples themselves in their / our deep personal human total reflections of the remembrance of the horrors of the Holocaust is to present to The World their / our Jewish answer in making The Jewish State of Israel The First Modern [ which means encompassing both The Jewish and Non-Jewish Worlds ] Child Rearing Centered Base Civilization of both the 20th and 21st Centuries. You [ to the Non-Jewish World ] will no longer Blood Libel [ hate based killings of the Jewish Peoples ] us anymore within your Non-Human monster created superstitions, nor are we to answer in like manner according to your hate behaviors which are the basis of all your superstitions you have of us. For the Central Jewish centered tradition of Love we hold most dear are reflected in how we raise our children of which the extension thereof is the creation and basis of our Israeli civilization, both in its present development and future modifications to come. Then the World will know the truth why we will kill those FIRST who seek to kill any of our Greater Jewish Family and why the Jewish Peoples will stand with any other peoples side by side in any alliance to likewise fight for the destruction of those who promotes hate,
We are in reflections of our peoples diversities both spiritual, and secular hinge all our dedications to develop a prolific positive dynamic profile of what it means to follow our Thirteen Principles of Jewish Faith of which our bridge in our developing Israeli civilization is to add to our ever growing families are likewise to Marry Jewish. The basis of our Child Rearing Centered base begins in the peoples persona establishment of such a bridge [ The reality connection between those who are secular and those who are spiritual ]. That the covenant between a man and woman should always be held with utmost privacy – where those of a spiritual or those of a secular cause for such are covenants / unions have the rights of being private / secret. The single National resolve for to Marry Jewish is predicated in maintaining the greater Jewish family connections to both Abraham and Sarah covenanted to ownership of all of Erez Yisroel,
That the visions in establishing a family held between a woman and a man is their loving richness of sharing ones life is manifested in loving terms is the rearing of both ones child, That when one, both Jewish and Non – Jewish views who are the Jewish Peoples both now and into the future they we come to know the value of what it means to be loving parents, the central providers of the Israel Civilization and their Love of ones Child the final extension The Torah. ”
This is the Jewish answer to a world of hate.
Please email your information, as well as leads to additional information to ithacafalcon@aol.com Seminars are projected to start Mid – February 2018. Thank you for your attentions .. ” B. H. ” More importantly you all should start your own seminars based on such a focus on Israeli Child Rearing as well and that is more important of what I can do,,,,, Roger….

Beyond the political scene – which is at times is very hard to take as complete truth’ism there is always the human side which many will forget in the heat of passionate political debates.  Thus the pinterests board is to depicted the following.

A warm, loving and giving peoples whose cultural center, and thus the focus of their societies [ Note the Plural ] is child rearing based, and thereby establishing the real principles of a Jewish-Israeli National Homeland,