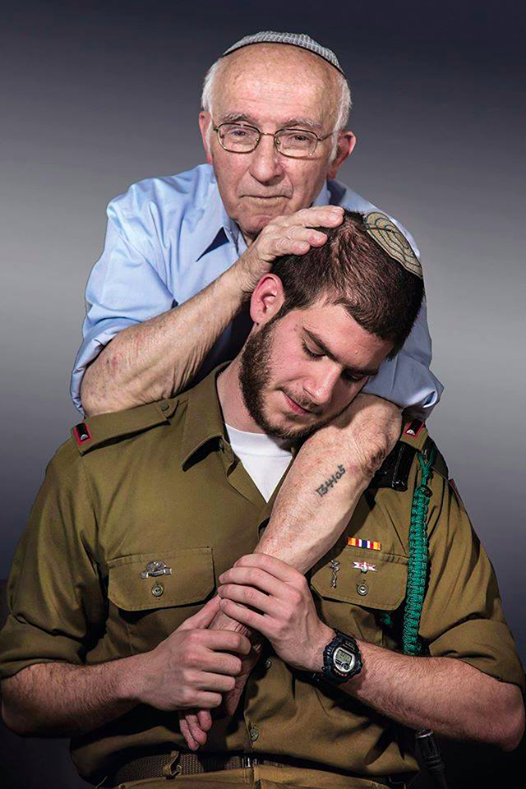 The establishment of community Chug Chavurahs to facilitate Settlement Houses for outreach to / for unaffiliated Jewish Americans and Israelis for the purpose of developing an ethnic core community to promote The Infra State Nation of Israel. Upon which the further establishment of Israeli / Jewish ” Nationalists’ Community centers and after being  established are open to the adjacent Jewish Community memberships. That upon completion of the Settlement House to the final construction of Israeli Jewish Nationalists’ Community Centers the identity of such acquired becomes Jewish Israel / US Israelis. 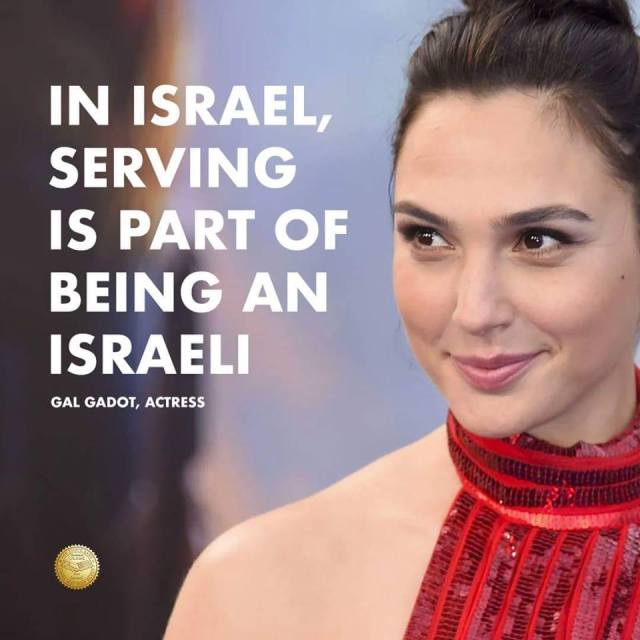 The core citizenship of being an Israeli is the World Jewry role model for all in the Jewish diaspora.  Thus in The United States is the Gal Gadot challenge as she presents herself as a Jewish role model as well.

The defining aspect of citizenship as a model resistance to covert assimilation, and thereby maintained personal Jewish Rights and Heritages:
The creation of such a community, the necessity, and extension of developing core leadership is the development of role model citizenship responsibilities to join the local National Guard Units / Military Reserves in which the military culture
[ Which also may include certain degrees of secret security clearances.] of Unit Cohesion is therefore, becomes transcended into Pro – Self Security Community Cohesion, and a define Pro – Nationalists’ leadership as well – with established standings within American internal security { I.E. The National Security Agency }.

The central immediate benefit is the positive impact of future employers accepting resumes which have a service record to be at the head of the list to be hired. This likewise mimics The Israeli Private sector as well which includes US Military service in the same interests hiring those who served in The Israeli Defense Forces.
The overall objective is to Marry Jewish, and to advance Jewish child
rearing cultural futures as well as to create a cultural outreach,
The ” Prime Cultural Outreach “..
Mesorah.
Mesorah field operations, to counter the escalation rates of Mix Jewish – Non Jewish Marriages by direct action in which to bring the Non Jewish spouse into the Jewish fold with cooperation of the Orthodox Young Israel Movement.
Therefrom and wherefore Credit Unions are then created and their US Israel sponsored housing projects establishes an extended community from either memberships from the local Settlement House, or Israel / Jewish Nationalists’ Community Centers.  In addition both Reconstruction [ for those of more secular observances ], and Young Israel congregations will be the two alternatives as suggested only of each member to choose and therefore promoted. At the core of The Nationalists’ resistance is the central rally to The Thirteen Principles of Jewish Faith for ” All ” American Jewry. 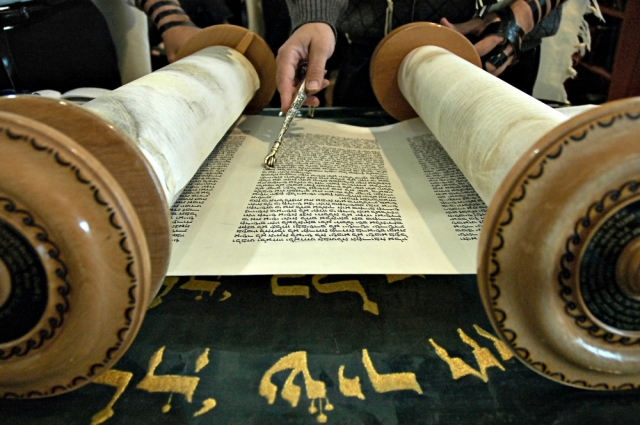 That in such Nationalists’; development by and for individual ” Birthrights ‘ are Auto Jewish Israelis of The Jewish State of Israel.

All the above has been obtained by reviews with both social networks of Twitters, Facebook pages / groups, and others.   They also give vivid importance to the PEW reviews, and why the conference between Israelis and American Jewry failed in Atlanta, Georgia.

Thus Settlement Houses also becomes each community’s garinim [ with business plans for startups. ] to produce additional settlements, or industries in The Jewish State of Israel and the future unification of American Jewry and Jewish Israeli to create role model civilizations in both the Middle East and The United States. The crux of which is Jewish futures in child rearing.

As per and in additions below [ of the continued unfinished writing ]:

[[ Deember 5, 2016  ]  Its was the year 1973 which saw one of the most impressive campus Pro – Israel  / Pro – Jewish Campus Agendas which were able to meet expreme emergencies both on their campuses and their homes all the way to The Jewish State of Israel. I was there at The State University of New York @ Buffalo, also called University of Buffalo when all this happened, and was also invited to join The Jewish Student Union, a recognized student orgainization under the campus student body – Student Association, and then, in their progressive efforts, espcially by the Graduate and Young Jewiwsh Adults to be a Delegate voting representitive, Hille Grad Club — ages between 23 to 32 YO Jewish Ma and Phd canidates and Young  Adults — to the North American Jewish Students’ Network [ as their archives can confirm ], and thus directly connected to the World Union of Jewish Students, then HQ in Arad, Isrsel. Caution any detraction or miss leading information used by any other person or persons who refutes this will be reviewed immediately in local court.

Today American and World Jewry faces several real challenges, and the single purpose of this blog posting is to encoourage a similar divergent course of action which was also taken during the 1973 which led several successful campaigns to which offset an attempt to wipe out the contrinuting efforts of both World Jewry and the Jewish State of Israel eforts to contribute to humanity’s quest for discoveries. It has never been the academic view of scapegoating which was at issue in how these challenges were created and use. but a real fear by humanity to finally make additional and divergent discoveries within both life and the Universe of Billions of Galaxies; and the critical human drive to make connections between both. Connection of which is also locked up in the Jewish drive for truth understanding and auto –  recognizing at the same time such values are also and equally being explored by others. Today’s Anti – Jewish Superstitions are in fact anxiety based and created in the zeal of psychotic narcissists whose passions is for power. It is that simple.

Thus presented before you is first the real challenges in which you face today and the solutions once used by those who emerged out of the year 1973.

It is imperative for you to find your own source matterial, but if you want a short cut the following publication will help – understanding it will only help you form your own opinions.  ]

[ From Facebook — Keith Ellison’s ascent signals the Democrats’ willingness to redefine ‘pro-Israel’
jta.org
This has been going on for the past 12 years and it started right in between the two Bush administration term years of being President by those within the Democratic party who are tired in total retrospect of continued support for the Jewish State of Israel as they had become increasingly aware that they are losing out on the similar Arab investments which assisted in the economic development of the European Union. When money is around you will see Democrats looking for an in – though at times you can also link this to the Republican’s but to a far lesser degree as they have the money needed to promote their political interests. This also established a focus point of the Clinton Foundation in as much as Hillary as Secretary of State has had active intelligence reports { Source Wiki Leaks ] on the EU capital resources and new Arab money was being flashed about in to the billions.. In the real world its about money. ]

There is a single need for someone who has the spirit and drive from being much younger than I to really start to investigate the differences in various Pro – Arab – Islamic Imperialistic Efforts and to likewise break such efforts into two areas of research.

One: What can be defined as Covert conversions to Islam.

Twp: What can be defined as Overt conversions to Islam.:

breitbart.com
What most uneducated observers really have not focused on from a scholarly historic perspective and even the most conservative branch of the media, like FOX news, is that such actions such as what happen at Ohio State is the overt form of promoting conversion to Islam. That Islam has power, and thus the use of terror should be view as a observance behavioral branch to induct the ” unwilling ” into the center of its beliefs systems, very much linked to public demonstration of be headings by ISIS in its early entry into International massive media resultant exposure of its movement and its self – declared whabbi Islamic State. Though not having a Sayyid justification therein of their actions. This goes deep into its deliberate orthodoxy contradictions of internal and external observances within their diverse operations to promote Islam which is why the Western civilizations finds it difficult to combat objectively unless you are secured within a Jewish belief system. Measure per measure, and thus action to action per terrorism and other forms of how Islam is spread is its single connections of how one conducts oneself; thus’ly is only relative equal if it triggers various forms of acceptance or calls for conciliations to Islam – such as teaching it in secondary education systems of the West, all the while restricting such actions of teaching Western spiritual value systems within those nations who declared state religion is Islam..]

This perception was already developed by the Anti – Deformation League in which it was successfully able to track and warn campus Jewish groups of the Covert Operations of the Moral Majority Program of KEY 73 with financial investment up to 500 million dollars.. Which to their, Moral Majority’s, dread was lost as American Jewish reaction of President Anwar El Sadat’s President of Egypt, launching of The Yom Kippur War 1973 right in the Middle of KEY 73s campus operations which triggered extreme total — as they both happened at the same time —- Jewish unity of both the Jewish Spirit and self – determination to stand up and defeat who ever tried to seek the destruction of the Jewish peoples.

To those who are of Jewish youth and emerging intellectuals please investigate and invest your time to examine covert operations half of Islamic Arab actions as they takie place. I am 69 YO and I am getting old…. ithacafalcon@aol.com

The impact of ISIS is just starting, as the article has indicated, while at the same time reports of Arab Israelis are now joining in fighting along side ISIS is on the increase. What this indicates is the real objective of ISIS propaganda, along with its public be’headings have shown, as well as open state craft of genocide, is to inflame latent hatred of both Jews, Christians, and most of all humble Muslims — for in ISIS’s views are religious traitors, to join ISIS. What the Arab world, and the rest of us should likewise focus, is the end target of ISIS objective of destruction is the humanity within those who still believe is Islam. Past Hillel Director, Buffalo, NY Rabbi Justin Hoffman said about Nazism, ” is that in order for the Nazis to commit the German peoples to the genocide of European Jewry, they first had to destroy the German civilizationt.” Right now, the State of Israel is on the fore front battle to save the humanity within the global community, and to that we should thank G-D for the evolution of the Israeli civilization. email me at ithacafalcon@aol.com for your comments.

How Israel’s natural gas wealth could change everything.

Israel Sees Gas as Key to Transforming Mideast Relations
After this summer’s war in Gaza battered Israel’s international reputation, the country’s leaders say they have a new foreign policy tool to build relations with its…
BLOOMBERG.COM